Our PO BOX has been updated, please ensure you use this address to ensure your application is received. 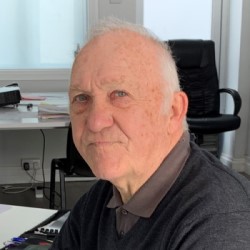 Trevor has worked in the Construction Industry all his life, working within his family business for forty years at the level of Operations Director. Currently, Trevor runs his own consultancy business and has sat on several boards and association.

Between 1996-2008 Rail Plant Association Ltd (RPA) committee member and director. Led the team that developed training for the specialist plant in the rail sector.

In 1998 Trevor became a member of the management committee CTA, part of the team that developed the scheme from a certificate of training achievement to a competency-based scheme and became a council member CPA, a position he still holds today.

Trevor has been a long-standing champion of NVQ's, in 2001 his was appointed to the main board of CITB and appointed the hair of CPCS 2006.

In 2013, Trevor was awarded an MBE for services to training.